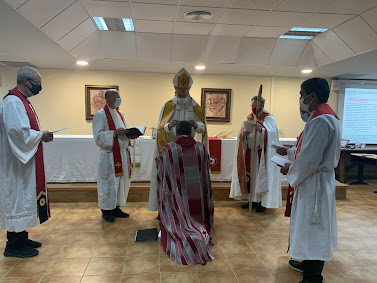 Participating in the consecration service were the Bishop of the Lutheran Church of Finland, Juhana Pohjola, the President of the Portuguese Evangelical Lutheran Church, Rev. Adalberto Hiller, Rev. Fred Gaede, Pastor of LCMS, Rev. Christopher Esget, Bishop East-South East Region of LCMS, Joel Fritche of LCMS Caribbean, Rev. James Krikava, LCMS Eurasia Director, as well as other LCMS leaders and representatives from the United States. The service was tailored accordingly to attend the variety of nationality of the participants. Some parts of the liturgy were given in English and the international representatives blessed the new bishop in their original languages (Finnish, English, Portuguese, Czech and Spanish). In the same divine office, the confirmation of faith of Jose Enrique Escudero from Melilla was celebrated.

In addition to pastoring the Spanish Lutheran Church for over 4 years, Jose Luis works as a health promotion technician for the Spanish Association Against Cancer in Valencia. Married and father of two children, he assumes the position previously held by American missionary Pastor David Warner for 4 years. Among his new responsibilities are serving, coordinating actions and fostering the growth of the church in Spain. 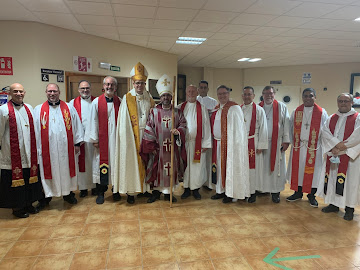 This is the first time that this position is held by a Spanish pastor. Four centuries after the Protestant Reformation, Lutheranism has always developed in Spain through foreign missions, mainly from Argentina and the United States. The installation of the new bishop is a sign of the maturity of the Spanish Lutheran Church, which is currently composed of about 100 active members and 4 congregations that offer weekly services in Madrid, Seville, Valencia and Cartagena. In addition to members living in Galicia, Barcelona, Zaragoza, Logroño, Asturias, Valladolid, Melilla, Huelva and the Canary Islands. Melilla, Huelva and the Canary Islands.

The assembly participants also had the opportunity to attend a class given by Dr. Arthur Just, professor at Concordia Theological Seminary (CTSFW), Fort Wayne, United States on “Mercy in the Gospel of St. Luke”. There were special activities for the children and youth and in the final service of the event, the ordination and installation of Pastor Antonio Jesus Suarez Cabrera and the baptism of Ruth Bello Diaz, from Cartagena, took place.

The annual event is an important opportunity for meeting and reflection on the Word of Christ, eagerly awaited by all the members of the Church. In 2020 it could not take place because of the pandemic, and it was finally organized in October this year, respecting the Covid protocol rules, including the use of masks inside and individual cups in the distribution of the Holy Communion, for the safety of all attendees. 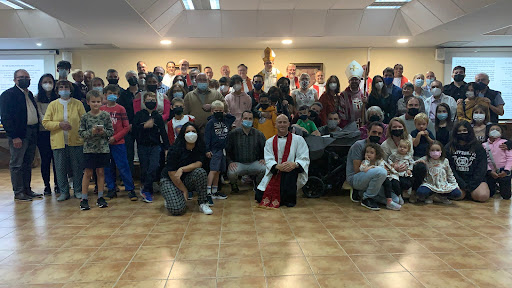 More information about the Spanish Lutheran Church can be found here: